What Causes Melasma on the Face 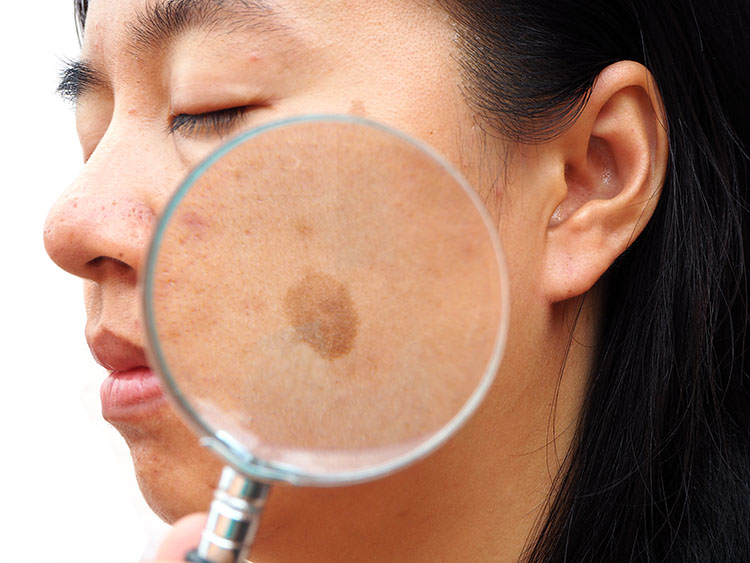 What Causes Melasma on the Face

Melasma is a common skin condition that affects the face and causes patchy, brown, tan, or sometimes grayish spots on the face. It is one of several skin conditions that cause patches of discolored skin. It commonly appears on the cheeks, chin, nose bridge, forehead, and above the upper lip. This discoloration is not painful and does not have any health risks; it is mainly a cosmetic issue for those who have it.

Melasma is sometimes referred to as the “mask of pregnancy” because it often appears in pregnant because of the increase in hormones. But while the condition may be common among pregnant women, it is not limited to them. It may last for many years, with women developing it in their teens or 20s or 30s and dealing with it for decades.

The condition can be challenging to treat, and there is a lot of misinformation out there about what causes it. According to the American Academy of Dermatology, those with darker skin tones are more likely to get melasma because their skin naturally has more active pigment-producing cells. Melasma occurs when these cells begin to produce too much pigment. The process that causes brown age spots and freckles, though melasma causes much larger patches.

Melasma is very common in women but can also show up in men. While it may have a genetic component, and often runs in families, it also has a few different causes: